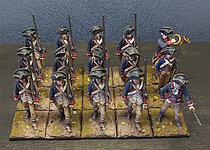 Om migEditor and graphic artist. Favorite genre is really hard-hitting in-your-face noir, sometimes labeled neo-noir and psycho-noir. Really love some of the small presses out there: Capital Crime Press, Bleakhouse, Stark House, New Pulp Press, Tyrus Books, Busted Flush Press, Permuted Press, Delirium Books (changed to Dark Fuse in Fall 2011) just to name a few. Since I wrote this ~2010, some of these small presses have not done much or gone under, e.g., Capital Crime and Busted Flush, while others have done increasingly well, e.g., Delirium/Dark Fuse, New Pulp Press. Not really into "best sellers" or popular books, though in my reading history I have read almost any genre.

Sometimes I like to sneak a little nip from the Zombie bottle when no one is looking…so don’t tell anyone…but Zombie stories are such a fun diversion. What a hoot.

In late 2010 developed an interest in horror books -- having become a member of Dark Fuse's(nee Delirium) limited (to 150) book club. Tend to delve into genres for a while, reading little else outside the genre, but seems that once that thirst is quenched, I rarely return to it; e.g., science fiction was read nearly exclusively during the late 90s and now I hardly touch it. Crime/noir, though, seems to be my constant companion; it was Westlake/Stark that got me into continuous reading back in the 60s. That stuff is as comfortable as an old friend.

Job recently (7/2014) relocated me to Melbourne, FL. Trying to get my library squared away now that I have an entire room to devote to it. Relo has certainly curtailed by reading this year. Once setted in will have more time, I am sure.

Om mit bibliotekEclectic collection. Have been collecting books since about 1972. Have most books uploaded now; about 50 older books yet to go. Then again, I also keep getting more. Enjoy reading much more than cataloging so who knows if this process will ever end.