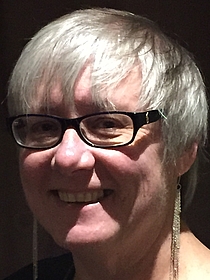 Om migI'm a member of the group at Fantasy Literature (http://www.fantasyliterature.com), which is widely read by lovers of good fantasy, science fiction and horror -- which happen to be my favorite genres. In 2012, I had about a review a week posted on this website. Before I joined, the website had focused almost exclusively on fantasy; I've spearheaded the addition of horror reviews, encouraged the addition of science fiction reviews, brought another new reviewer on board, and also developed a weekly column devoted to short fiction. I particularly enjoy SF/F/H that is literary in nature, or tending toward the surreal; I take great joy in what has variously been called the New Weird or just the Weird, as well as what has been variously called slipstream or cross-genre work.

In early 2013, I joined Like Fire (http://www.openlettersmonthly.com/likefire/), where I post reviews of mainstream fiction, mysteries and thrillers, memoirs and biographies, and the occasional work of nonfiction. I have a surprising (to me) love for serial killer thrillers, but also love English mysteries (Robert Barnard being one of my favorite writers, and I loved Reginald Hill's Dalziel and Pascoe procedurals) and soft-boiled detectives (like Sue Grafton's Kinsey Malone and Marcia Muller's Sharon McCone). There is no rhyme or reason to what I like in the way of mainstream fiction; basically I just love good books. My nonfiction reading is limited, but tends to encompass politics, science and history more than anything else.

I have had reviews published at Gumshoe Review, SFRevu and SFSignal. I have previously written reviews for The Drood Review of Mystery and The Agony Column. I maintained a personal blog called Reading the Leaves from 2006 through 2013.

I am a lawyer by training, and currently practice part-time. I have taken graduate level courses in criticism (at University of California (Davis) and through the Science Fiction Foundation, as well as writing courses at various institutions, including Santa Clara University. I generally attend at least one literary conference each year, such as the World Fantasy Convention or the International Conference on the Fantastic in the Arts (where I have presented papers on four occasions). I have been studying writing with Marta Randall for several years, and have recently submitted work for publication to literary journals; I am currently experimenting with my own short horror fiction.

Om mit bibliotekOne can never have too many books. I mourn the coming of electronic books, because I consider the paper book the perfect technology -- not to mention that a book feels good in the hand, smells good, just fits a beautiful day under a tree or in a comfy chair by a fire.

I've amassed a considerable library of speculative fiction, my moniker for those books I hate to divide up into science fiction, fantasy, horror, New Weird, interstitial fiction, slipstream, or whatever label they've chosen to hang on it today -- fiction that's not of this world, but might be close to it. But I also have a large library of mysteries, literature, essays, criticism, science, religion, poetry -- you name it, there's probably a book about it here somewhere. There are books in every room in the house. That makes me happy.

Nothing in this library is part of my wishlist. I've got a written wishlist that's more than 60 pages long, and many -- divided by category -- that overlap somewhat, but not completely, on Amazon. It's pretty crazy. But man oh man, I do love books. There's nothing in the world I love more, except my husband -- and he appreciates just how much that means I love him.