It's been almost two years since we were here: https://www.librarything.com/topic/305981

Apparently a bunch of accounts on LT have been purged, for whatever reason. We get to to do it all over again.

Wheee! That 68 has to be cooler than '68 could have imagined itself being.

Somebody else join, please, because I want to post 67.

We could place ads in other groups offering free personal reading threads in The Green Dragon.

And banter. Banter than any other group. The bantest, in fact.

As long as we're not banting. I get really cranky if I'm obliged to do that..

(It just goes on and on, my friends.)

>8 reconditereader: Where is Lambchop when we need her?

>9 clamairy: Oops, that might have been my dinner the other night.

Missed 67, but hoping that approximate cheese will approximately make up for it: 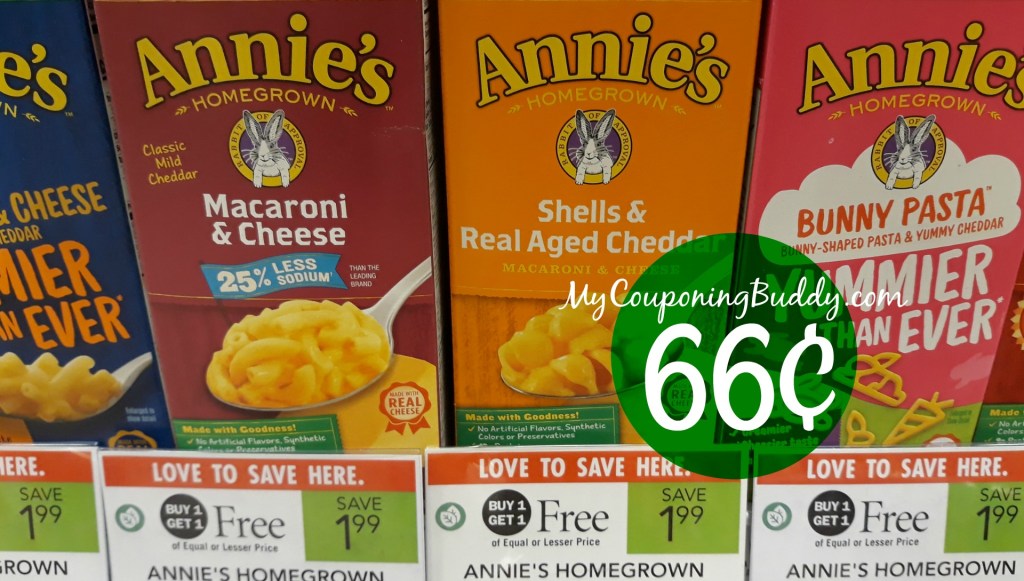 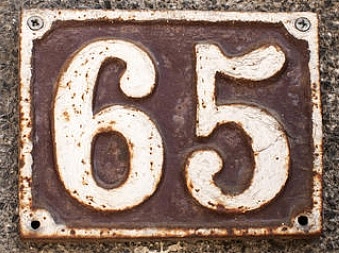 I sense a beatle-related number approaching.

>13 MrAndrew: I reached that number last month. I can no longer sing that song and be referring to the future.

It does not scan so well. It loses something. 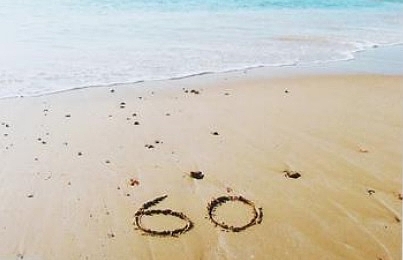 >15 clamairy: Is that a home-grown image?

>17 clamairy: Something for a future number. The challenge will be to get the angle right so as not to have your footprints in the image.

>18 pgmcc: Perhaps I'll use a long stick. I don't want to lean over so far that I end up with my face indented in the sand next to the number...

>19 clamairy: We would not want you to injure yourself or end up flat on your face on the sand. Of course, an imprint of your face beside the number could add interest to the image.

Yeah... I'm not willing to do this, even for the artistic value. 😑 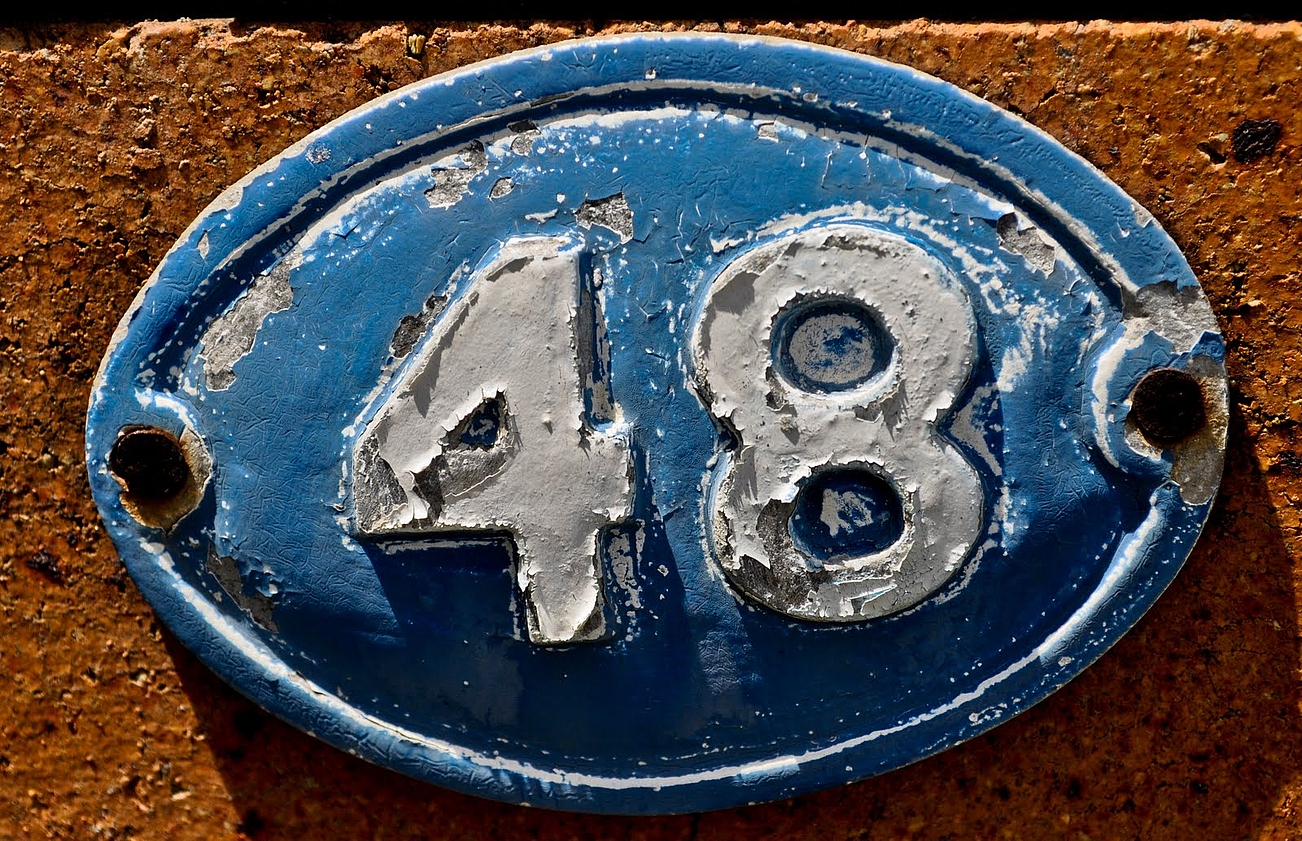 I am recalling one of my fondest and most treasured memories: the moment I became member number 2000

>30 ScoLgo: I suspect your number is lost in the ocean of time. Mine, as a very round number, was preserved in the thread linked above. Although if this troubles you, you could resign and rejoin, taking note of your new number....

>29 stellarexplorer: A pleasant little jaunt down memory lane. And that post is so old that JPB was still posting!

>31 stellarexplorer: Oh, I'm not that worried about it. Was just wondering if there was an easy place to look it up. Thank you for the reply.

A little early, but I'd rather that than be late: 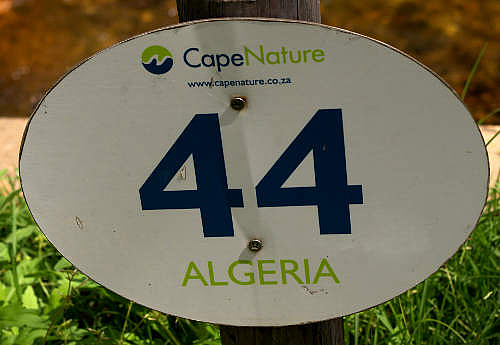 A certain amount of deliberate confusion here: This Algeria is a nature reserve near Clanwilliam in the Western Cape. It was formerly a forest reserve, and reminded the Cape Colony's first forest officer, the resoundingly named Count Médéric de Vasselot de Regné, of the place where he did his degree -- in North Africa (c. 1870).

I guess not many are interested in this game, but I think it's moderately thrilling.

>40 Meredy: No one else seems to get excited until we get down into the single digits. That could take a while.

>40 Meredy:, >41 clamairy: I enjoy seeing the images you all come up with, but I’m too lazy to spend time searching for any myself. :)

>44 clamairy: I not only look, I admire the creativity shown by the different formats of the numbers used.

I am now regretting not having done something for 42.

>45 pgmcc: I don't think the T&Cs allow the uploading of life, the universe and everything...

>46 Maddz: That is what they want you to think.

shhh! Don't let Meredy and clam know we are lurking!

>48 pgmcc: Somewhere around I have a tin... Think it ended up in the attic when we cleared out the spare room.

We are always watching.

Oh yeah? How many fingers am I holding up?

Wow! You totally nailed it.
I swear I'll never doubt you again. >51 MrsLee: I had my mp3 on shuffle. As I read your post the next track started. It was , “Somebody’s Watching Me!” by Rockwell. 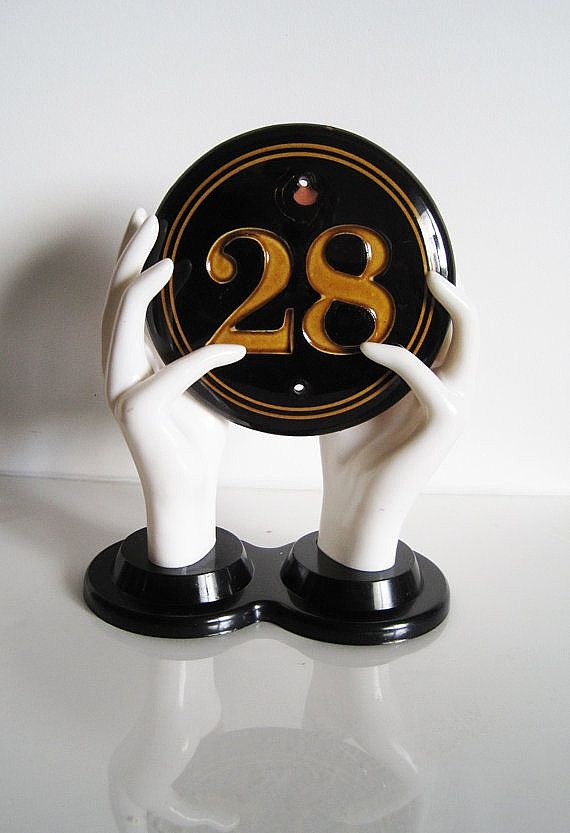 >58 clamairy: Nice. I looked earlier but didn't spot that one. Nothing else grabbed me.

>59 Meredy: There was an awful lot of mediocre to wade through to find a few good ones.

>60 clamairy: What was this one supposed to be or intended to signify? It's pretty unusual.

>61 Meredy: No clue. I found it with a collection of other 28s on someone's Pinterest page. 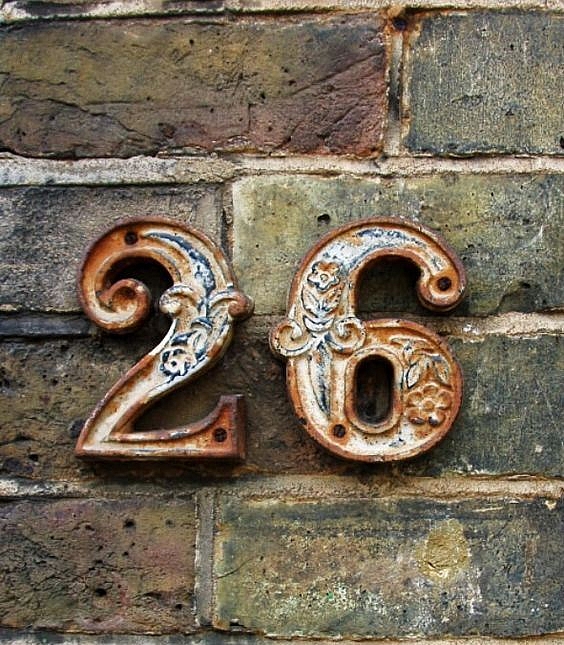 >66 Meredy: Or as my sister would say, quarter of a century! 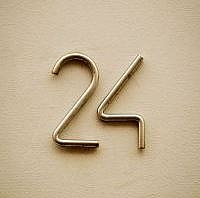 Will someone please push those two together! It's killing me!

Alas, a polar bear in a snowdrift for me. Just a blank rectangle.

That's it exactly! A zen 22. The sound of two sets of hands clapping, in the forest, with no-one to hear. 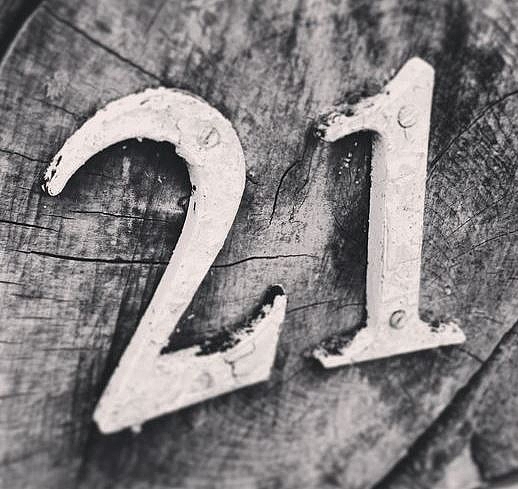 >76 clamairy:
I love the timber and the aged appearance of the numbers. Black and white really enhances the feel of the image.

>78 clamairy: The 48 is nice too, but I think the diversity is better. The more styles the better.