Interesting. I gather we believe that, broadly, black skin helps prevent skin cancer in sunny climes, and whiteness aids vitamin D creation in less sunny ones. Do we have a formula for the relative fitness differential of black skin in such climes, and the speed of change this would imply?

Fascinating, but as with most science it leaves me with more questions than answers. But to be honest, I half expected it to be a prank. I read this first on Facebook from a Washington Post article and as I scrolled down the text for a photo of the facial recreation, I thought I'd find a picture of Wallis from Wallis and Gromit. "Chee-e-ese, Gromit!"

Me, I was delighted by this mostly because it's just cool, but almost as much because it's a blow to racist whites (probably over optimistic, that) and just a bit too because it's nice to be reminded that I live in a country where a scientific finding with no practical application can make the radio news headlines.

>5 bluepiano: I thought, too, that the dark skin was good news. Really, we're all out of Africa originally, so there should be no room for racism. I think, though, that racists will always find room for hate. To quote the philosopher (tongue in cheek), Taylor Swift, "Haters gonna hate, hate, hate, hate, hate...." Just a pop song and not directly apropos, but true none-the-less.

There are always the Jews. I don't think haters are going to have to work at finding new targets.

Taylor Swift quoted as philosophy? This is why we can't have nice things!

>8 timspalding: C'mon, you have to the see the humor in it. And I have that particular ear worm stuck in my head so I thought I'd share. You're welcome.

>3 timspalding: All I can add is that skin pigmentation is so malleable that it is utterly useless in attempting to trace phylogenetic relationships among human groups. Within Africa itself there are multiple genes influencing pigmentation and multiple shades of color. Women tend to have slightly lighter skin, generally attributed to the value to a pregnancy of adequate Vitamin D levels. Beyond that I don’t know that your question can be answered with the logic with which you asked it. 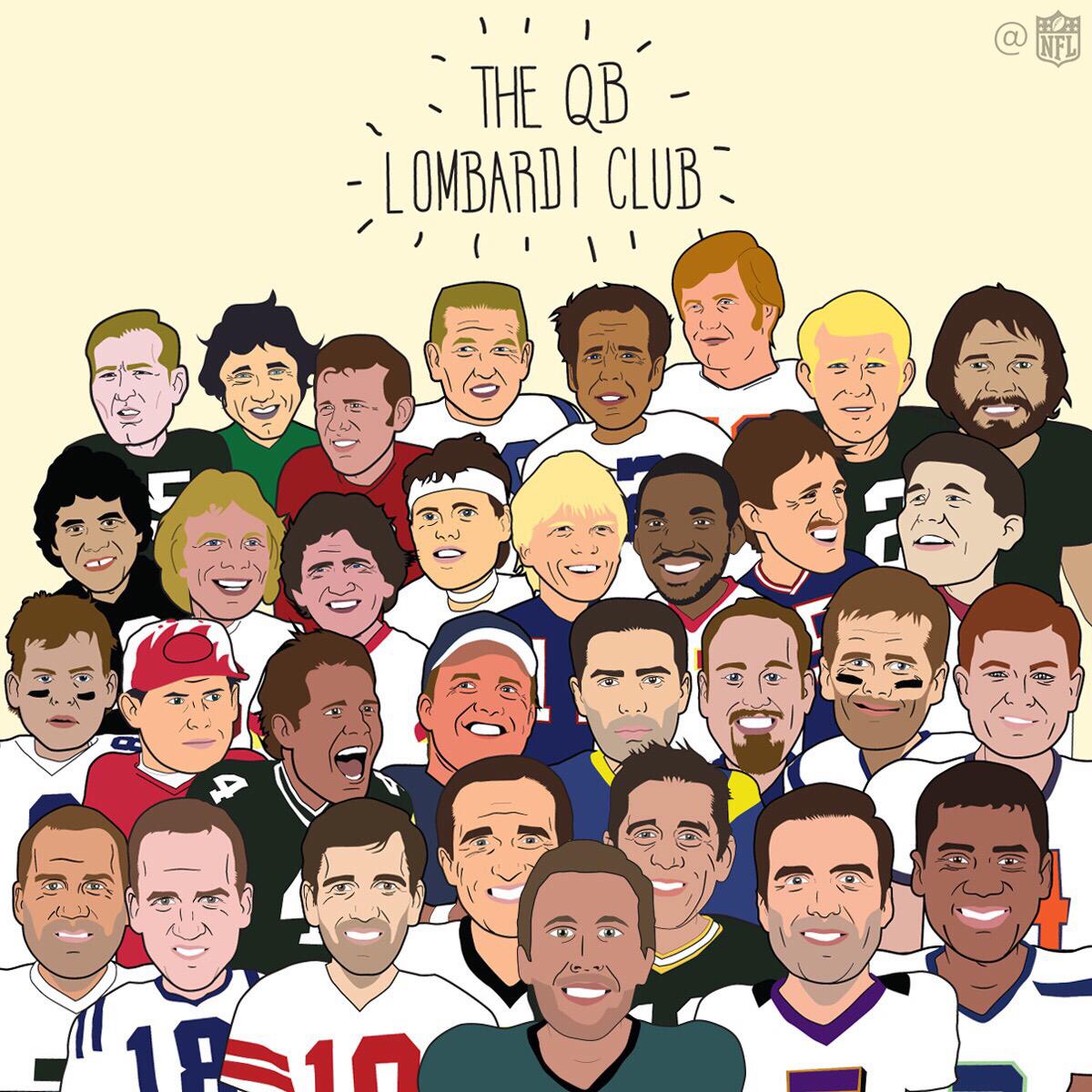 >9 pmackey: C'mon, you have to the see the humor in it. And I have that particular ear worm stuck in my head so I thought I'd share. You're welcome.

"This is why we can't have nice things!" is a song by Taylor Swift. :)

No, I'm not proposing using it to trace relationships. What my question misses, however, are those relationships. Even if there were no evolutionary pressure to get whiter when the sun's weak, a population could get whiter for arbitrary reasons (preference) or influx of whiter people from outside the area.

Women tend to have slightly lighter skin, generally attributed to the value to a pregnancy of adequate Vitamin D levels.

I never knew why, but it makes perfect sense.

>13 timspalding: My example regarding tracing relationships was in the service of pointing out how little we have predictable formulas for skin color and fitness, skin color and genetic affinities, skin color and geography at any granular level, etc. Yours is a great question that I don’t think we have answers to at this time.

"The first modern Britons, who lived about 10,000 years ago, had “dark to black skin and curly hair”, a groundbreaking DNA analysis of Britain’s oldest complete skeleton has revealed.

The fossil, known as Cheddar Man, was unearthed more than a century ago in Gough’s Cave in Somerset. Intense speculation has built up around Cheddar Man’s origins and appearance because he lived shortly after the first settlers crossed from continental Europe to Britain at the end of the last ice age. People of white British ancestry alive today are descendants of this population."

While this information is new and perhaps shocking to some, it should be of no surprise to the Afrocentric scholar. For several hundred years, historians such as Godfrey Higgins, Gerald Massey, David MacRitchie, and J.A. Rogers have written of these ancient British Negroes.

In the first century, the Roman writer Cornelius Tacitus provided us with a racial description of a certain tribe in western Britain,
"... the swarthy faces of the Silures, the curly quality, in general, of their hair, and the position of Spain opposite their shores, attest the passage of Iberians in old days and the occupation by them of these districts; ..."
Tacitus Annales Xi.ii, translated by M. Hutton)

There is reason to believe that there were Negroes in Britain long before the time of Julius Caesar. Irish folklore mentions a small black people, the Firbolg. These might have been prehistoric Bushmen. Pygmy flint instruments, Negrito skulls and Grimaldi relics have been found in Scotland. A very ancient British saying, according to Burton Stevenson, is “Blac as a bloaman” (black as a blackamoor)

Higgins states, “In my essay on the Celtic Druids, I have shown that a great nation called Celtae, of whom the Druids were the priests, spread themselves almost over the whole earth, and are to be traced in their rude gigantic monuments from India to the extremity of Britain. The religion of Buddha of India is well known to have been very ancient.” (Higgins is here referring to the first Buddha, who is supposed to have lived between 5,000 and 6,000 years ago, and not to Gautama Buddha who lived about 600 years B.C. There were at least ten Buddhas mentioned in the sacred books of India.)He goes on to say, “Who these can have been but the early individuals of the black nation of whom we have been treating I know not, and in this opinion I am not singular. The learned Maurice says Cuthies (Cushites), i.e. Celts, built the great temples in India and Britain, and excavated the caves of the former; and the learned mathematician, Reuben Burrow, has no hesitation in pronouncing Stonehenge to be a temple of the black curly-headed Buddha.” (Anacalypsis, Vol. I, Book I, Chap. IV, New York, 1927.)

In his Ancient and Modern Britons: Vols I and 2, David MacRitchie, eminent British archaeologist claimed that the Gypsies were not of foreign origin, but were in fact the more conservative element of the native British population who had retained their nomadic way of life while the majority adopted a settled lifestyle. He further claimed that the ancient Britons were a dark-skinned people, a claim which elicited the interest of Afrocentrist authors, but had no support amongst mainstream historians or scientists until the discovery at Cheddar.
“Moors dominated the Mediterranean and the North Atlantic and plundered the coasts of Western Europe and the British Isles. They even conquered and ruled parts of Scotland.”
Rogers, J. A. (2014-09-15). Nature Knows No Color-Line: Research into the Negro Ancestry in the White Race (Kindle Locations 1510-1514). Helga Rogers. Kindle Edition.

David MacRitchie, says, “So late as the tenth century three of these provinces were wholly black and the supreme ruler of them became for a time the paramount king of Transmarine Scotland.
“We see one of the black people — the Moors of the Romans—in the person of a king of Alban of the tenth century. History knows him as Kenneth, sometimes as Dubh, and as Niger. … “We know as an historical fact that a Niger El Dubh has lived and reigned over certain black divisions of our islands — and probably white divisions also — and that a race known as “the sons of the Black” succeded him in history.”
Welsh traditions, he says, tell also of these black people “and the legends and history of the Scottish Highlands are both witnesses to the existence of a purely black people” there.
Ancient and Modern Britons, Hull, E. Hist. of Ireland, p. 32. 1926. Lancas. & Cheshire Antiq. Soc. Trans. Vol. 20, p. 229. 1902.

>13 timspalding: Face palms... Don't you hate it when you make a great joke and people miss it? I hate it even more when I'm the one doing the missing. Think I'll have to live stream Taylor Swift to become familiar with music. Then I'll go from one ear worm to a whole can of them.