At The Earth's Core Edgar Rice Burroughs
Published in 1914 the same year as Tarzan of the Apes this one is a notch below the first of the Tarzan books.
It starts promisingly enough with our hero David Innes and his older inventor friend Perry strapped into a metallic earth burrowing machine. The steering mechanism becomes jammed as they helplessly feel the heat intensify in their capsule, but just as their air supply runs out after four days travelling and Perry is lying inert in his seat the machine breaks through into another world. They have arrived in a world that lies near the centre of the earth and where humans and humanoids battle prehistoric monsters and each other for survival. It is at this point that any characterisation and plotting goes out the window as Burroughs concentrates on building his world in which our heroes have one adventure after another. If the initial premise seems unlikely then the exploits of David Ennis are real boys own fantasy stuff; amazing coincidences, incredible luck, feats of superhuman courage, strength and ingenuity, follow in breathless succession as our hero falls in lust with a beautiful slave girl and single-mindedly tries to woo, win and save her from peril.

Burroughs makes his fight scenes exciting and exotic and there are some imaginative scenarios, but they are linked together with minimal story telling. The world building has promise, but it is never fleshed out in enough detail to make it believable or even workable. His idea that the world of Pelucidar has no concept of time is just plain daft, but it does allow for Burroughs to abandon his plot development, whenever he wishes to bring about the next amazing coincidence.

David Innes tells the story in the first person and says "please bear in mind that I do not expect you to believe this story" and I suppose we; the readers have been warned. This is pulp fiction, probably no worse than much of the stuff that was and still is being churned out and one imagines that Burroughs hardly stopped to think much about his writing. He had an idea for a story, an idea with which could spin off more tales (there are seven in the series) and he hacked his way to the end. A two star read. 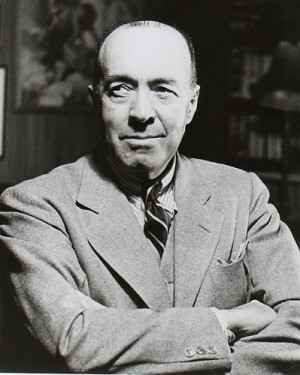 At the Earth's Core joined an already well established tradition of "hollow earth" adventures. Many of its predecessors had been written as utopian or dystopian discourses, as satires, or to put forth serious scientific theories. Burroughs, however, wrote for pure fun. Nonetheless it is interesting to see how his work reflects the ideas and ideals of his time.

The story is fairly short and simple. Abner Perry is an elderly inventor who has built an earth-boring vehicle known as the Prospector. His rich young friend David Innes has financed the venture and accompanies him on a secret trial run. David is the narrator of the story. It turns out that the Prospector can't be steered, and the two men despair of their lives until, instead of plunging into the earth's molten core, it pops unexpectedly out into open air. Perry soon deduces that the earth is mostly hollow with a miniature sun inside. They are standing on the inside of the earth's shell looking up to its core and with their legs pointing to outer world from whence they came. (If Burroughs didn't already know it, someone surely told him that this was gravitational nonsense, but it makes for a good story.)

The world inside ours is called Pellucidar. There are human beings in Pellucidar, but they are accompanied by other hominid species lower on the evolutionary ladder but still capable of speech. The rulers of Pellucidar, however, are the Mahars, a reptilian species with strange telepathic powers that enable them to enslave the other races. David Innes is captured by, but eventually leads a revolt against, the Mahars. His chief concern, however, is trying to win the love of the proud, raven-tressed maiden known as Dian the Beautiful.

The novel plays around with ideas inspired by Darwin's still-fresh theory of evolution. Like many of Burrough's works it features a hierarchy of human forms representing ascending steps on the evolutionary ladder. Unfortunately this idea was also linked to the notion of there being a hierarchy among the current races of humanity. It is also noteworthy that the novel rejects the old forms of religion. Abner Perry is ridiculed for trying to pray his way out of trouble, while David Innes saves the day with good American brawn and firepower. The human races of Pellucidar are noble savages innocent of any religious beliefs. The only religious practices are the ghastly, degenerate rites of the Mahars.

One of the curious features of Pellucidar is the absence of any notion of time. Its sun is perpetually at the zenith. There are no cycles of day and night, and no heavenly signposts to mark the passage of time. When David and Perry are separated, events that seem to take days to David pass as minutes to Perry. Was this strange notion of time as relative based on the theories of relativity being developed at that time by Max Planck and Albert Einstein? A parody, perhaps?

At the Earth's Core is short, and its ending is rather abrupt, so it is probably best read together with it's sequel, Pellucidar, as a single work. There were four more installments in the series, but they were all written more than a decade later. 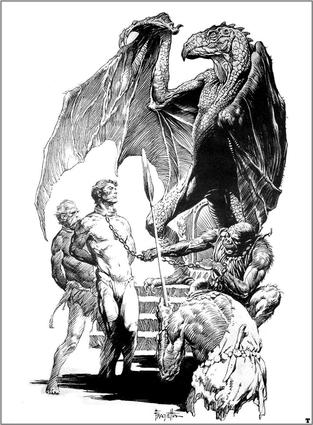 The subhuman Sagoths bring David Innes and Abner Perry before their reptilian masters, the Mahars. 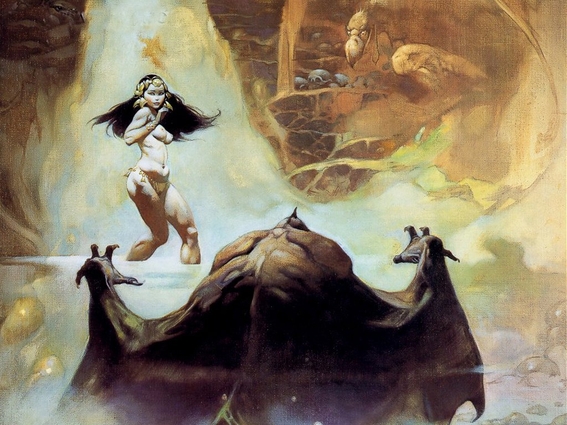 A Mahar mesmerizes its victim inside the Mahar temple. The events that follow this scene were so horrific that I was astonished they had been written by Edgar Rice Burroughs.

Both pictures by Frank Frazetta.