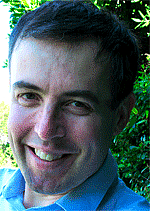 I'm an author as well as a reader. Here's how to find my own books, and some recent anthologies with my work in them:


Where We Land is my climate fiction (cli-fi) novella from The Cuba Press, published in July 2019. An earlier version of this novella, Landfall, is available from Amazon.com as a Kindle ebook.


My latest full-length poetry collection is New Sea Land: poems about climate change, sea level rise, and the way the sea and the land interact with each and with us.


The Stars Like Sand: Australian Speculative Poetry is an anthology of Australian speculative poetry (you guessed that, right?) - science fiction, fantasy, horror, magic realism, surrealism - co-edited by P.S. Cottier and I and available in so many formats you'll scarcely notice the lack of a T-shirt edition.


The Stars Like Sand includes poetry from the 19th century to the present, and the poets involved include such well-known names as Dorothy Porter, Samuel Wagan Watson, Les Murray, Judith Beveridge, Diane Fahey, John Tranter, Peter Minter, Jan Owen, and many, many more. 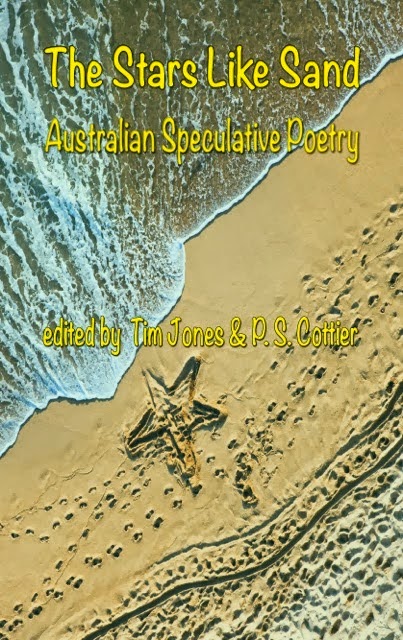 Don't let the grass grow under your feet on your way to buy this book - walk smartly off the grass, and then it will be able to grow more freely.

Building the Tree - it's Christmas time in a near-future Antarctica, but what happens when the kids want a Christmas tree?Available in The Best Of Twisty Christmas Tales.


Tracks - you'd better keep away from the train tracks if the guy in the kiosk catches your eye. Available in Disquiet.


My Occupation - what's there to do for an army officer stationed in Gore other than get yourself blown up by the locals whose land you're occupying? Available in Disquiet.


The Prime Ministers - after he loses a General Election, the Labour Prime Minister is banished to the night house while the National Prime Minister moves into the day house. Till there's a knock at the door... Available in JAAM 32.


The Big Baby - how would you feel if you were trapped in a cage at Te Papa with kids pulling your levers all day? Available in Lost in the Museum.


Protein - In a drowning future, fresh protein is the most precious resource there is. Available in Fresh Fear: Contemporary Horror.


Rescuing the Airmen - He fell from the sky. She took refuge in the sea. And there's a war on. Available in Regeneration.


You can find details of all these books at my Amazon.com author page.

Om mit bibliotekI started by uploading a selection of books from my library, reflecting my three main areas of reading: science fiction and fantasy, literary fiction (especially Russian and Spanish-language fiction in translation), and poetry - especially New Zealand poetry and European and South American poetry in translation. I've also got a bunch of cricket books, books about Antarctica, and science fiction fanzines. Most of the books listed, I own; books I don't own are tagged with the name of the library from which I borrowed them.