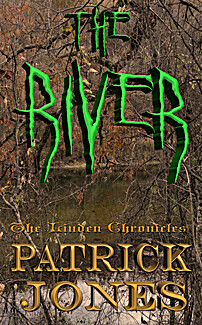 Om migPat Jones was born and raised in St. Louis, Missouri. His special interests include the science of paleoanthropology and archaeology. Woodworking is one of his favorite hobbies, with special emphasis on the unique grains and textures of various species of trees. He and his wife, Sandy, thrive on designing and creating a flower garden of perennials, second to none! Constantly evolving, the garden began as a way that he could surprise his wife on her birthday. The rest is history! The garden now spans one fourth of an acre!

When their children graduated from school, the couple relocated to rural Missouri where they now reside with their four dogs. The love of the area, in combination with the uniqueness of the people, provided the impedance for "The Wolf's Moon."

The book was followed by the production of an audiobook narrated by Mark Westfield on ACX Audible. A short story, “The River,” followed shortly thereafter. The sequel to "The Wolf's Moon" is already in the works and proves to be yet another suspenseful page-turner!

Pat believes that there is a story in everything. Everybody that he meets has their own special story; one simply has to take the time to listen. The story then writes itself. Please visit our website at http://www.thelindenchronicles.com
for more adventures from Mike Linden!
Thank you for your interest!