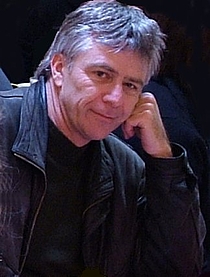 Om migBooks have been an important part of my life since I can remember. My first collections were comics and kids books - things such as Golden Books then little minature hard bound novels such as 20,000 Leagues Under the Sea that I bought at the local newsagent's for 20 cents, and the comics that an old lady down the road used to allow me to have at the end of the month, after she and her husband had read them. I suppose I was about 10 then. I subsequently moved into science fiction when I was at high school, and of course popular music. History got me in whilst I was at university. At the moment my reading interests are mixed - from fictional Harry Potter to factual Secrets and Lies, though music, scifi and film remain at the core. Things change around the edges in life, and in the middle, as do the things we read.