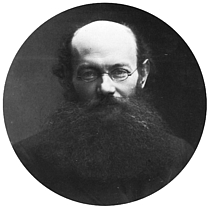 Om migLibrary cataloger (so, yeah, no wonder why I'm here, and I'm very interested to see what TinyCat will be like).

Former volunteer at Rainbow Bookstore Cooperative in Madison from summer 2001 until it closed in November 2016.

Om mit bibliotekVery eclectic, since I have very eclectic interests. Lots of nonfiction, as I've never gotten much into fiction (partly due to literature classes and how they were taught, particularly treating interpretation as if it were objective, when it isn't), and have generally found nonfiction more interesting than fiction. "Truth is stranger than fiction," and all that.

Lots of political stuff, particularly on anarchism and related left and/or broadly libertarian titles. A bunch of labor / union stuff, too.

Lots of nonfiction on an eclectic mix of other topics that pique my interest.

A number of humor and comics titles, as well.

And a few titles that I consider part of my "strange books" collection, i.e., books that are so odd that I had to have them for my collection for that very reason.

What's cataloged here is only a small part of my collection, though. My little studio apartment is like a cave of books, media, computer and media equipment, etc., with just barely enough room left for me to still actually live there. :-p

Actually, I've been getting rid of some items here and there via Book Crossing, leaving them mostly in Little Free Libraries (and similar libraries that aren't official LFLs, like in coffee shops, etc.).

Recently, I've been adding a bunch of material on autism, Asperger's syndrome, etc., since discovering that I am an aspie myself.