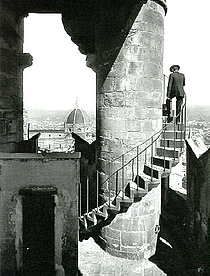 Om migI'm 59 years old and live in southern Delaware, where I have been acquiring books, not systematically, for most of my life. My son, also a book lover, turned me on to Library Thing recently. Some of the earliest volumes in my library belonged to various grandparents and great-grandparents in the 19th and early 20th Centuries. For instance, I inherited a set of Dickens' works which my great-grandfather received as a gift in the 1880s. It has now been passed on to my son. The idea that books should be a part of one's legacy, to be passed down from generation to generation, appeals to me.

Om mit bibliotekI have accumulated thousands of books, which threaten to take over the house, my office, and every other space around. I will gradually add them to my catalog as time permits. As teenagers, my brother and I were friendly with a retired Episcopal minister who lived in a small house by the sea. His home was completely filled with piles of books. He had small walkways through the stacks to his kitchen, his bedroom, his seating area by the window, and so on. I'm not quite that far gone yet, but then I'm not as old as he was when we knew him.