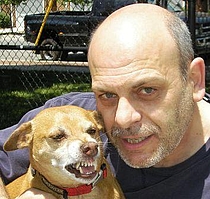 Om migKim Stallwood is an independent scholar and author on animal rights. He has more than thirty-five years of personal commitment and professional experience in leadership positions with some of the world’s foremost animal advocacy organizations in the United Kingdom and in the United States. This includes Compassion in World Farming, British Union for the Abolition of Vivisection, People for the Ethical Treatment of Animals, and The Animals’ Agenda magazine. He cofounded the Animals and Society Institute in 2005 and is their European Director. He is also Deputy CEO of Minding Animals International. His client organizations include Compassion in World Farming and the League against Cruel Sports. As a volunteer, he served on the boards of directors of the Vegan Society United Kingdom and RSPCA, and he is also the founding president of the Canton Community Association in Baltimore, Maryland, where he lived for eighteen years, where the city’s first dog park was formed. He became a vegetarian in 1974, after working in a chicken slaughterhouse. He has been a vegan since 1976. He holds dual citizenship in the United Kingdom and in the United States. His website is www.kimstallwood.com

Om mit bibliotekThe Kim Stallwood Animal Rights Archive is a collection that I have built since I became a vegetarian in 1974 (I have been a vegan since 1976). The collection includes books, journals, magazines, newsletters, artefacts, audio visual materials and public educational materials (flyers, leaflets, posters, etc.).