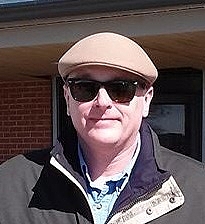 Om migI'm a Program Director at the Texas Higher Education Coordinating Board.

Om mit bibliotek"Read not to contradict and confute; nor to believe and take for granted; nor to find talk and discourse; but to weigh and consider. Some books are to be tasted, others to be swallowed, and some few to be chewed and digested; that is, some books are to be read only in parts; others to be read, but not curiously; and some few to be read wholly, and with diligence and attention. Some books also may be read by deputy, and extracts made of them by others; but that would be only in the less important arguments, and the meaner sort of books, else distilled books are like common distilled waters, flashy things. Reading maketh a full man; conference a ready man; and writing an exact man. And therefore, if a man write little, he had need have a great memory; if he confer little, he had need have a present wit: and if he read little, he had need have much cunning, to seem to know that he doth not."