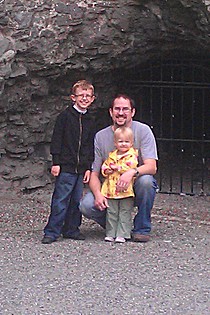 Om migMy greatest interests are in fantasy and historical fiction - especially Ancient Rome. The book that got me 'hooked' into reading fantasy in the first place was Legend by David Gemmell. Pretty soon after that i read Magician by Raymond E. Feist and i've never been the same since! I think the most important writers in fantasy today are Joe Abercrombie and Scott Lynch, (George R.R.Martin goes without saying.) Steven Erikson deserves a mention too - great to have a writer of a major fantasy epic series that has actually finished it!

Om mit bibliotekTotally dominated by fantasy books. I'm looking to enlarge my historical fiction, so if anyone has any suggestions?

What i'm planning to read very soon
When Scott Lynch releases his next one, i'll be snapping that up.
Lindsey Davis' Falco novels are brilliant and next up there is See Delphi and Die.. Another great series is Colleen McCullough's Master of Rome series - I'm up to The October Horse. Clive Cussler with his Kurt Austin novels - up to White Death. Robert Jordan's Wheel of Time series - I'm up to Crossroads of Twilight. Anyway, i've more than enough to keep me going for a long time! I don't have time to get bored with any series because i'm reading sooo many at the same time!