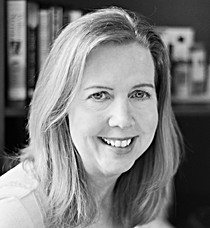 Om migMartha Carr was inspired to author The List by her own life-changing discovery in 2009 of melanoma cancer. Given a one per cent chance of survival beyond a year, Carr underwent a traumatic cancer-removal surgery that left her temporarily immobile. With a changed attitude, diet and lifestyle that included 5K races, jumping out of plane and triathlon training, Carr persevered to completely transform her life.

With recent changes in the publishing world, Carr has decided to self-publish The List and the rest of the Wallis Jones series. E-books and hard copies are available for purchase at MarthaCarr.com, Amazon.com and BarnesandNoble.com. A speaking and book-signing tour will take place starting later this year in cities where Carr’s nationally syndicated political column through Cagle Cartoons Inc. has appeared regularly for the last three years. At all speaking engagements, a portion of sales will benefit local charities.

Carr is a nationally syndicated columnist and the author of four books: The List, Wired, The Sitting Sisters, and A Place to Call Home. Her work has appeared in The Washington Post, the New York Times, USA Today, The Wall Street Journal, The Chicago Tribune, Politicus.com and Readers Digest among others. She has been seen on The Today Show, Fox Business News, The CW Noon Talk Show and CBS Chicago. www.marthacarr.com Her next book, The Keeper: The Second in the Wallis Jones series is expected in April, 2014.