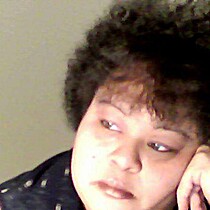 Om migWell, I guess since I'm here, it's kind of obvious I love reading! So I won't say that! lol

I read a lot of YA, mostly in the fantasy genre. I'm trying to open up to more genres outside of YA but it's been kind of slow going on that! So, I'm still working my way through different genres under YA (contemporary mostly). So far, I haven't found any books under New Adult(NA) that I have been able to get into but I will keep trying. When I first started getting into reading, I read a lot of the "hood" books but got bored of that..and at that time, I started hearing about Twilight, fought it as long as I could then finally gave in...And that's what kicked me off in the genre..but I'm not a big vampire fan...Twilight is the only series I've been able to get into and finish.

Om mit bibliotekYou will see a LOT of YA, some classics, some self help, some biography, a couple horror (but I think it's considered Christian Horror)..some Non-Fiction History (Slavery & Civil Rights of the 50s & 60s mostly), Bibles, Devotionals, Children's books and a few graphic novels, comics, manga etc for my children.