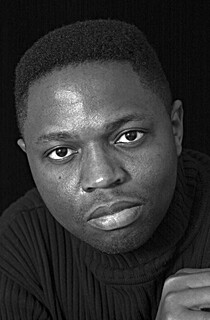 Om migLeslie Musoko is the author of the Divinity Dawns trilogy and an award winning ezine author expert with over three hundred articles published worldwide on spirituality and relationships. His television debut came in 2007 as a speaker/panelist on CSPAN television in New York on the show ‘writing from an international perspective’. However before fulfilling his dream of becoming a writer he simultaneously attained success in the Telecommunications Industry over a 17 year career span rising to the position of Head of Optics for Thrupoint in Saudi Arabia in 2007. Prior to this he held various senior positions, Product Manager, Huawei, UK and Consulting Systems Engineer, Cisco Systems in Dallas just to name a few. He was awarded the Nortel Prize award in 1999 for excellent project delivery and holds a BEng(Hons) in Electrical and Electronic Engineering and an MSc (Diploma) in Computing for Commerce and Industry.

Leslie Musoko has lived and worked across four continents including Asia, Africa, Europe and the US. His new novel ELI is a stunning revelation and spiritual account of one man’s survival in the Middle East leading up to an intriguing and absorbing finale in Shenzhen China. Leslie Musoko lives in London.