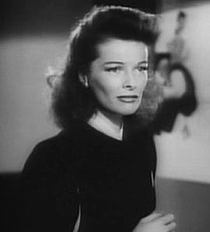 Om migKatharine Hepburn was an Oscar award-winning American actress who also appeared in stage and television roles. In 1999, the American Film Institute ranked her as the greatest female star in the history of American cinema.

Om mit bibliotekKatharine Hepburn's estate, including around 370 of her books, were put on auction at Sotheby's in June 2004. As is often the case with auction catalogs, not every individual book was listed, so this library consists of the books for which author and title information were available. The lot numbers for each book are listed in the comments section and the full catalog can be searched here.