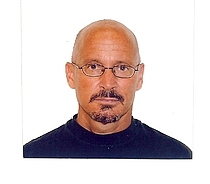 Om migHi, I'm an Italian-American(Sicilian)Brooklyn born native New Yorker.....former actor and comic, I also performed a one-man show - FOUR DEGREES OF DISCONNECTION - which ran in NYC theaters from 1998-2000. I'm a vegetarian/organic food advocate/yoga-meditation person who loves nature and the outdoors, but also loves to dance, especially to Latin music! An avid traveller, I have lived in various countries in South America, including Ecuador, Peru and Colombia, and spent quite a bit of time in the Amazon jungle - I speak Spanish fluently. I am the author of THE EDGE OF WHITENESS -published on Kindle by Oak Tree Press and also selling on my website - www.joemontaperto.com. My book, a memoir, is a quirky coming of age story and humorous, edgy social commentary about growing up in Brooklyn and New Jersey during the racially turbulent early 1970's. Currently, I am working on the sequel, concerning life and the comedy club scene in the crack riddled New York City of the 1980's. I would be interested in connectting with people on this site.

Om mit bibliotekI'm really into memoirs and books about higher consciousness and spirituality...... as for memoirs, my all time favorite book is THE AUTOBIOGRAPHY OF MALCOLM X. i have also read Nick Flynn's - ANOTHER NIGHT IN BULLSHIT CITY, and am starting his second, David Sedaris is a favorite, as well as Augusten Burroughs -RUNNING WITH SCISSORS. A GUIDE TO RECOGNIZING YOUR SAINTS Dito Monteil. WHEN I WAS PUERTO RICAN by Esmerelda Santiago, MAN GONE DOWN by Micheal Thomas, AUTHENITIC WRITING by Fred Poole, and many others. Currently reading THE GURU LOOKED GOOD by Marta Szabo. Spiritual books and classics too numerous to list here. i've left out so many, but it gives you an idea.