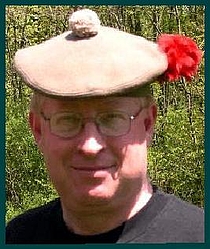 Om migI'm an active service army officer and current Director of the Centre for National Security Studies at the Canadian Forces College in Toronto, Canada. I'm a past Commanding Officer of the Black Watch (Royal Highland Regiment) of Canada and the author of several military history books. My specialties are the Highland regiments and Georgian Army in North America during the Seven Years' War (French & Indian War) and my graduate research was on the Canadian Corps in WW1. I've worked as a historical consultant for the CBC and A&E History Channel.
See CV on website.

Om mit bibliotekAs a military historian, my library has gone through several changes. My second wife told me I had too many books, so an entire wall of World War One and Two books including regimental & corp histories went off to the antiquarian book dealer in exchange for the Champlain Society's limited edition reprint of John Knox's The Siege of Quebec and the Campaigns in North America, 1757-1760, (London, 1769) in three volumes, a gold mine of information on the Seven Years War in North America. For relaxation any historical fiction will do. Those of a nautical nature, a mystery included, or presenting alternative or fantasy histories are the most intriguing.