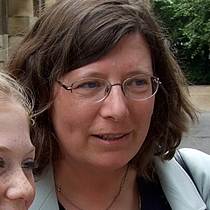 Om migAcademic expert on the Scots language. Recently worked for Tobar an Dualchais/Kist o Riches, a project to digitise and catalogue the sound archive of the School of Scottish Studies (and some other Gaelic archives - but my work is with the Scots material). The website is now live, http://www.tobarandualchais.co.uk/

Have also done some writing in Scots. Under the name of Wulf Kurtoglu, self-published a fantasy novel in Scots, set in the future, mainly in western China, *Braken Fences* (also in English, *Broken Fences*).

As I get older and less rebellious, I'm coming to appreciate the Greek-Judaeo-Christian aspects of Western civilisation more and more, though I'm a rationalist, and a member of the Humanist Society of Scotland - I've conducted funerals, which gave me a great appreciation of the power of poetry. I have in the past considered myself a Buddhist and have great respect for that philosophy. Politically I believe in freedom of speech, one law for all, and getting out of the EU.

Om mit bibliotekPretty extensive collection of works on the Scots language, much too on dialects of English.

I've never been able to take in the details of history but I like work that takes a broad, materialistic sweep, including evolutionary biology.

I don't read much fiction, apart from a weakness for graphic novels, but I keep returning to the Victorians. I read a lot of sci-fi when I was younger.

Just beginning to put my library onto LibraryThing.

Læser for øjeblikketAfter Tamerlane the global history of empire since 1405 af John Darwin
Borne on the Carrying Stream: The Legacy of Hamish Henderson af Margaret Bennett
Map for the Blind af Rab Wilson