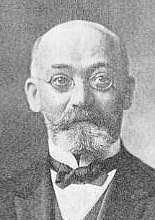 Om migThe Australian Esperanto Association is a non-profit organisation aiming to:
promote the use of the international language, Esperanto;
increase, among its members, a strong sense of solidarity
to develop in its members understanding and esteem for peoples of other countries;
foster co-operation between Esperanto organisations and
organise nation-wide congresses, as well as other conferences and gatherings.
This catalogue is maintained by Huigh Malcolm and formerly by Barrie Cledsmith. Huigh's personal collection is (partly) in LT under the name Klerulo (! sorry about that I wasn't thinking about other Esperantists finding me when I elected that name - please think of it as 'aspirational' rather than obviously pretentious )

Om mit bibliotekThe collection of the Australian Esperanto Association is currently housed in Sydney at the Esperanto Domo of the Esperanto Federation of New South Wales. There are maybe 4000 volumes roughly 50/50 journals and 'monographs' (books or pamphlets) collected and donated over most of the C20th by diverse members of the Association. There are also various items in other formats such as recordings, photographs, posters and manuscripts; Esperantalia of all kinds including postcards, scrapbooks and cuttings; and personal mementos of Ralph Harry and other eminent Esperantists. Also listed in this catalogue are books held by Esperanto groups in Australia and New Zealand.